Having been diagnosed with Diabetes in March 2016, I’ve been on a ‘mission’ to put my Type 2 Diabetes into ‘remission’.

In December 2015, my blood glucose readings were 45 and I was asked by my GP to return for a repeat blood test. This didn’t mean anything to me at the time as I thought it was just one of the routine blood pressure tests… I was working long hours and it was therefore several weeks before I managed to return and I was shocked to receive a follow up call from the GP surgery to inform me that I have Type 2 Diabetes, as my blood sugar test reading had increased from 45 (pre-diabetic) to 60 (diabetic)… YIKES!

I’d joined the ranks of many thousands of other people who are diagnosed with Diabetes across the UK and many other countries on a daily basis.

The realisation hit hard – I was one of the ‘Statistics’ – one of the 137,000 people who’d been diagnosed with Diabetes here in the UK, in the last year.

It still meant very little to me until I started to do some research and realised that the implications were potentially life threatening.

It was Pretty Negative & Scary Stuff To Read As A Newly Diagnosed Diabetic!

Doctors are saying that the ‘diabetic’ crisis is reaching epidemic proportions with:

So how did this Manchester Lifestyle Blogger decide that she was going to become a POSITIVE DIABETIC?

I took a long hard look at how I was living and working and recognised that how I was ‘living’ and ‘working’ each day was having a dire impact on my physical and mental health and had escalated in the previous few months, resulting in a number of physical ill health conditions and finally in the Diabetes Type 2 Diagnosis.

According to the NHS here in the UK:

Type 2 diabetes occurs when the pancreas doesn’t produce enough insulin to maintain a normal blood glucose level, or the body is unable to use the insulin that is produced (insulin resistance).

Three of the main risk factors for developing type 2 diabetes are:

People of south Asian and African-Caribbean origin also have an increased risk of developing complications of diabetes, such as heart disease, at a younger age than the rest of the population.

Yep I fitted into most of the ‘risk factors’:

I was also suffering other ‘stress related’ conditions… Due to excess stomach acid production, I had damage to my oesophagus which was causing difficulty swallowing food and causing my wind pipe to ‘shut off’ as if I was choking… very unpleasant! (I had no idea at the time that this was ‘stress related’)

I look back on this photo taken on Xmas Day 2014 and apart from being 1.5 stone heavier, I think I look ‘tired’… the sparkle was missing from my eyes… what do you think?

So how could a diagnosis of Diabetes EVER be classed as Positive? For me, I look back on that diagnosis as ‘the best thing that could have happened’ at that time because…..

“It was a MASSIVE WAKE UP CALL!”

It took this diagnosis to finally accept what my family had been telling me for months, that I had to make significant changes in the unhealthy way I was working and…

If I didn’t make some significant changes, I was facing suffering some of the life threatening illnesses associated with being a Type 2 Diabetic which include increased risk of:

So my journey to MAKE A CHANGE TO MY LIFESTYLE began in March 2015. I was fortunate that early on in my research, I discovered the Newcastle University Study which gave me some HOPE. The NHS currently believe that once you have received a diagnosis of DIABETES, it isn’t possible to REVERSE the condition although they do state that it is possible to put diabetes into REMISSION…. However, the Newcastle University Study suggests that it is possible to actually REVERSE diabetes:

Our work has shown that type 2 diabetes is not inevitably progressive and life-long. We have demonstrated that in many people who have had type 2 diabetes for up to 10 years, major weight loss returns insulin secretion to normal.

Further information about the Newcastle Study can be found as follows:

This study gave me the BELIEF that if I make the necessary changes to my lifestyle, I can REVERSE or at the very least, put Type 2 Diabetes into remission.

This was the boost I needed to what had been a very ‘negative’ period, to create a change in my mindset and to enter a period of significant change in my life.

Having read the Newcastle Study research, I realised that the ‘healthy eating advice’ I’d followed since the 1970’s i.e. Cut down on red meat and eggs and eat more carbohydrate e.g. brown rice, wholemeal pasta etc. had been completely wrong and had contributed to a gradual weight increase over 30 years.

My weight increase had become more significant in 2014/15 due to the long hours I was working in my role as a Senior Manager and not having time to cook – just grabbing ‘baked beans on toast’, late at night when I eventually got home from work and which I now know is probably one of the worst things I could have been doing..

I bought the 8 Week Blood Sugar Diet Book by Dr Michael Mosley, which reinforced the ‘hope’ and ‘belief’ that it is possible to reverse the Diabetic Diagnosis and significantly reduce my risk of developing long term conditions. This book has become my ‘food bible’ in my ‘low carb’ lifestyle change and I have managed to completely change my diet.

Making this change hasn’t been as difficult as I’d imagined. Once I’d got over the craving for sugar that I experienced in the first few days, it’s been relatively simple. The key for me has been to ‘cook’ fresh food rather than living off Supermarket ready meals or beans on toast!  I’ve added a links below to a couple of my favourites in my ‘low carb’ meal recipe selection ..

I’ve found some great recipes that are really quick and easy to make and that the whole family enjoy. Sometimes I just make a variation to an original recipe as you will see in the ‘Low Carb Lasagne’ recipe above.

I’ve also loved finding alternatives for pasta and rice and really enjoy using my spiraliser to make ‘courgetti’ in place of pasta or the blender to make ‘cauliflower rice. These are so easy, light to eat and yet don’t taste strong when teamed with blognaise sauce, chilli or curry etc.

I think I’ll do a future post on the ‘spiraliser’ very soon so watch this space!

Due to the range of medical conditions I was suffering from, I was signed off sick from work in March 2016, which provided me the opportunity to make the necessary lifestyle changes and focus on my health as a ‘priority’, which hadn’t been the case for several years, with work taking the highest priority in my life previously!

Within 9 months of the diabetes diagnosis, I’ve:

I’m due to return to work in the near future and will be returning with improved KNOWLEDGE which I know will help me to KEEP MY DIABETES UNDER CONTROL as I am determined that I will maintain:

My journey to continue to lose weight and maintain a healthy lifestyle continues and I hope that sharing my story, will highlight the importance of making such changes and to reduce the level of stress in your life in order to avoid one of many serious medical conditions associated with living unhealthily…

It would be great if just one person is inspired by my story, to make a change in their life that prevents them getting Diabetes in the first place or gives the ‘BELIEF’ to a current Type 2 Diabetic, that following a Low Carbohydrate and Healthier Diet can help to REVERSE their condition and at the very least, reduce their risk of developing some life changing and/or life threatening conditions associated with being a Diabetic!

Starting my blog has helped me to focus on ‘positivity’ and many of my new ‘blogging friends’ have really encouraged me to continue my journey for which I am eternally thankful!

I’ve also had the opportunity to support my family (as well as receive their support), during what has been a tricky year all round.. Life Has Thrown A Gigantic Lemon.. It’s Being Thrown Right Back!!!

Onward and upward for 2017… Not that I’m wishing my life away but I am looking forward to a brilliant year in 2017 and being a Diabetic In Remission and keeping going with the positive changes I’ve made, I think I have a great chance to really enjoy myself and really have some ‘fun’!

So – as you can probably tell from my story so far, the diagnosis of ‘Diabetes’ turned out to be my silver lining, in a cloud under which I’d been living life for far too long!

finally getting her ‘sparkle’ back! 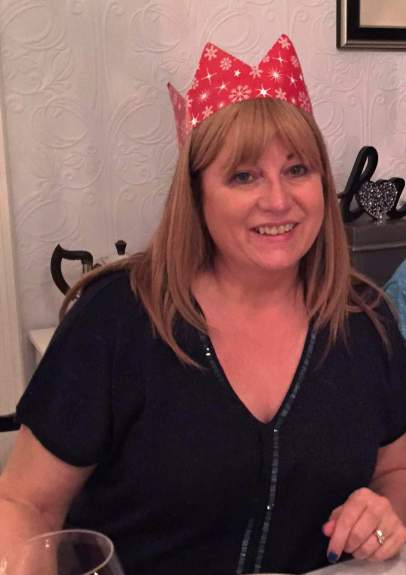 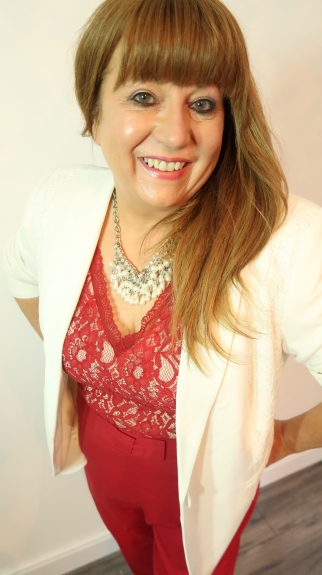 98 thoughts on “How to be Positive about a ‘Positive Diabetes Diagnosis!”